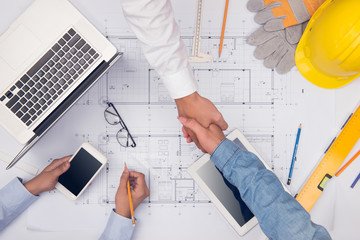 Arbitration practice on liquidated damages in CEE is handled differently across the different states. At the same time, there is a foundational acceptance in the definition of liquidated damages. Many CEE countries have specific laws that construction contracts must fulfil when operating in their jurisdiction, and knowing them can help foreign and domestic firms in int3rantional arbitration draft better contracts that are encompassing.

Liquidated Damages with focus on CEE and the Role of International Arbitration in emphasizing it?

While in common law, liquidated damages are significantly distinct from Penalty, the civil laws barely emphasize these distinctions, and an arbitration tribunal in the latter is likely to treat them as one. Most states in CEE operate under Civil Law. In order to encompass the region, Liquidated damage is defined as;

A substantial amount of money that a party will need to pay if there is a delay in the completion of a construction project. In most construction contracts under the CEE, Liquidated damages are calculated by a formula and are often substantial. It usually goes both ways, which means that an employer could take a contractor to Arbitration for liquidated dames when there is a delay in the proposed completion time such that it causes damages or losses.

A contractor can also file for liquidated dames in an arbitral court if the employer does not provide the needed resources for the completion of the project. It causes avoidable expenses or leaves the firm in a position of loss.

There are certain requirements that must be established for Liquidated damages to become enforceable in Arbitration.

The Amount must be substantial

The Liquidated damage sum must be substantial for it to be enforceable. Due to the fact that some states may practice common law while some civil law. Enforcing a substantial amount that serves as a deterrent for failure to meet the agreed time of completion and ensures significant recovery for the party suffering damage is extremely important.

The liquidated damage may not exactly balance off future damage, but it is usually set such that it serves as reasonable compensation for the party suffering loss.

The Relevant Parties must be Signatory to the Liquidated Damage Clause

A CEE State Law is Superseding to Any Chosen Law

A CEE State law generally supersedes the chosen law with which the Liquidated damage action was established. While it is up to parties to choose the law they desire to govern their construction contract, it is essential to note that a law that goes against the country law where the construction project is carried out will not stand. This factor is true in every jurisdiction where the state public policy is usually considered supreme and arbitral judgments built around it.

It is essential to note that the supreme nature of state law does not in any way affect the independence of an international arbitration clause. This factor comes to play when there is a ross difference in the choice of law such that it goes against the moral and ethical good of the country courts where the enforcement may be sought.

Liquidated damages are a common part of construction contracts in the CEE, but if it is not specified as a clause, the state will step in with a provisional statutory charge. This means that if a party seeks compensation for damages caused by a delay in the provision of equipment, it must have signed specified liquidated damage with the other party. If such a clause does not exist, then the arbitration tribunal, based on the law of the CEE state where the investment is being made, will determine the deserved chares for damages.

The arbitration institution has the final say to determine whether damages occurred in a particular case or not. The institution will have to look at every factor and not just consider the fact that there was a delay in completion. It will determine whether the delay caused any significant loss for any party, to what extent, and if the case can be resolved with minimal financial obligations.

International Arbitration in CEE in respect to Liquidated Damages is a hot topic. While the fundamental position and definition of Liquidated damage are similar, the need to pay respect to jurisdiction matters a lot. CEE practices on construction contracts are highly significant for firms seeking to invest in the region. It is important that they get proper guidance from expert arbitrators who understand how Liquidated damages work.

Hiring an arbitrator expert team from Rättsakuten can help hopeful investors make the right choices when it comes to construction contracts in CEE states. You can find more about the firm by contacting them for inquiries on how to get started with appropriate contract drafting.