FIDIC ADJUDICATION BOARDS to Use or Not to Use? 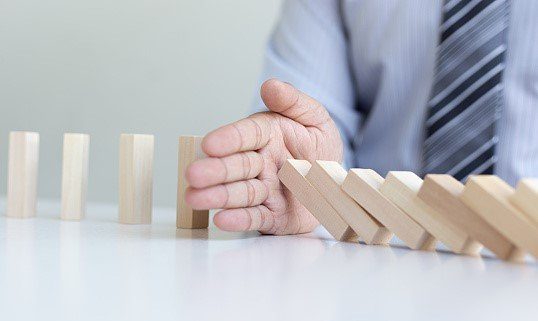 With the rise of globalization, construction and infrastructure projects have been playing a significant role in the global economy. Against this background, these projects have also become more and more technically complex, involving multiple parties and changes of legislation that can impede the execution process and increase the overall costs.1 Therefore, the successful execution of any construction or infrastructure project is linked to the early identification and the expeditious settlement of any disputes that may arise.2

For this reason, construction and infrastructure contracts often provide for the usage of disputeadjudication board (hereinafter ´DAB´). DABs originated in the US as early as the 1970s and the International Federation of Consulting Engineers (hereiafter ´FIDIC´) subsequently introduced them into its contract templates during the 1990s.

DABs are usually composed of a panel of three independent and impartial experts selected by the contracting parties to facilitate the resolution of disputes prior to formal arbitration. In many ways, DAB expers are like mediators. However, the major difference between DABs and other methods of alternative dispute resolution, such as mediation or conciliation, is that DAB experts are appointed at the outset of the construction project and they normally maintain a periodic presence of the site.3

´DAB experts are appointed at the beginning of the project and normally maintain a periodic presence of the site.´

In addition, DAB experts are specialized in the construction industry, such as engineers or architects. This is particularly relevant because of the inherent risks construction and infrastructure projects pose, e.g. any minor delay can bring about additional expenses, or the technical complexity and scale of the projects. Given these risks, it is of paramount importance that the experts who assist the parties in the dispute resolution process have significant knowledge of the construction industry. The parties could then also choose an expert with a legal background, who would ensure the legal feasibility of the decision, and provide assistance in streamlining the decision-making process in an efficient and equitable way.

What is the role of DABs?

Under the 2017 FIDIC Books, the Parties can now obtain the assistance of the DAB experts throughout the whole project, both for the early avoidance of disputes and in ‘real-time’ dispute adjudication through binding or non-binding decisions. This constitutes a departure from the 1999 FIDIC Books, which provided for either an ‘ad hoc’ DAB which would only be appointed following the occurrence of a dispute (Yellow and Silber Books) or a ‘standing’ DAB established at the beginning of a project, which remained in place until a dispute has arisen (Red Book).

´Under the 2017 FIDIC Books, the Parties can obtain the assistance of the DAB experts throughout the whole project, both for the early avoidance of disputes and in ‘real-time’ dispute adjudication through binding or non-binding decisions.´

Therefore, DABs are now given broader powers to meet the need for prompt, informal, cost-effective and impartial dispute resolution.

It is inevitable that in multi-million dollar contracts, discussions between the parties arise. However, not all these issues will ultimately lead to disputes that require formal adjudication. For example, the construction project may be delayed because the environmental permits required have not been issued yet. It would be unreasonable for the parties to start an adjudication process at this stage. Instead, DABs will get involved to foster a cooperative environment for the parties to communicate openly and find a mutual solution to continue the project. For example, under Rule 2 of FIDIC’s Procedural Rules, the DAB:

“may give Informal Assistance during discussions at any meeting with the Parties (whether face-to-face or by telephone or by video conference) or at any Site visit or by any informal written note to the parties.”

Where early dispute avoidance proves unsuccessful, DABs can fill the role of an interim dispute adjudicator where the panel can issue a formal decision/ recommendation on the merits of the dispute.4 The Parties are required to comply with the DAB decisions immediately, whereas recommendations are non-binding, but still persuasive in nature. A commonly cited disadvantage of DABs is that unlike arbitration awards, DAB decisions/ recommendations cannot be readily enforced in the local courts or in a subsequent arbitration proceedings like the New York Convention for dispute board decisions.5 However, the 2017 FIDIC Books aim to clarify this issue and provide that:

“In the event that a Party fails to comply with any decision of the DAAB, whether binding or final and binding, then the other Party may, without prejudice to any other rights it may have, refer the failure itself directly to arbitration . . . . The arbitral tribunal (constituted under Sub-Clause 21.6 [Arbitration]) shall have the power, by way of summary or other expedited procedure, to order, whether by an interim or provisional measure or an award . . . the enforcement of that decision.”6

More often than not, DAB mechanisms are a success story in promoting efficient and cost effective resolution of disputes. For this reason, their use is gradually extended from construction and infrastructure contracts to other industries. Most notably, on 1 September 2004, the ICC launched its own Dispute Board Rules (hereinafter ´ICC Rules´), which were subsequently updated in 2015. Under the 2015 ICC Rules, DABs issue final and binding

decisions, which must be complied with immediately.7 In addition, the ICC Rules also provide for Dispute Review Boards (DRB), which issue recommendations, but they only become binding on the parties if there is no objection within 30 days.8