The Contribution of Civil Law System to International Commercial Arbitration

Despite the civil law system being considered a bit rigid, it is fully recognized for its role in developing International commercial arbitration. A common example is the explosive growth of investments in the state by foreign investors with established arbitral contracts. However, how exactly is the civil law system contributing to international commercial arbitration? This piece will highlight all you need to know.

The Relative Flexibility of the Civil Law System in International Arbitration

The Civil law system of most states does not make it difficult for arbitral institutions to carry out their assigned tasks. Actually, it seems to give power to the presiding arbitrator on how the collation of evidence should be carried out, especially when such was not explicitly stated in the arbitral contracts.

The most significant feature of international commercial arbitration in civil law countries is that it is allowed a high level of independence. The most significant part is the ability of disputing parties to choose the procedural law they want to guide the arbitral process and eventual judgment. Fortunately, the civil law system allows that.

Civil law for most countries actually provides this independence in most countries. The Swiss Law Article 182 on international private law allows disputing parties to determine their arbitral rules about the available arbitration rules on which the clause is based. The French civil law in article 1509 also states that the ‘arbitration clause may give parties the power to define the procedure and pattern it should follow during dispute resolution.

Independence in international commercial arbitration cannot be underestimated. The fact that most civil law recognizes it shows the latter’s advantage in giving arbitrators and disputing parties the space they need. So, if you fear whether civil law is very strict, a good contract will help beat out all the possible obstacles.

While most people may feel that the civil law system makes it difficult for disputing parties to carry out personal investigations, the reality is that everyone is being carried along. Since the civil law system ensures that the arbitral tribunal is in charge of compiling evidence, all the arbitrators are expected to be actively aware of all the evidence by law. 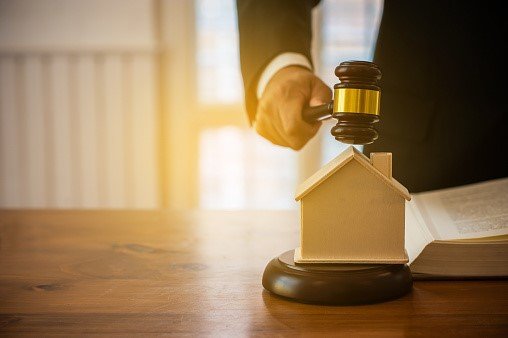 Also, the disputing parties are not totally restricted from making personal investigations and can even help their representatives with evidence and exhibits that can lead to more satisfactory decisions and acceptance from both parties.

It is extremely important for the arbitrators to be involved in all of the procedure processes of a dispute. The fact that civil law promotes such makes an issued award more convincing.

Issued Awards Are Easily Recognized Under the Civil Law

International Clauses and contracts created under the orientation of civil law are naturally more carefully drafted compared to that of common law. One reason for this is commonly associated with the ease of referencing the written law of the arbitral seat state. Since civil law is written into the state constitution, expert arbitrators can help contracting parties draft their contracts according to the expected conditions.

As such, any award issued based on that contract is often recognized, which is why many civil law states are considered arbitration-friendly states. In common law, where oral law is often the deal, the probability of a contract having a mistake is high. And these mistakes are likely to threaten the validity of an award.
However, it is important to note that the law court can also reject awards issued on wrong civil law citations. As such, it is easy to state that Civil law-based clauses are subjected to high scrutiny, which is a good thing as far as fairness to all parties is involved.

Third-Party Funders Are Not Subjected to any Major Prosecution

Third-party funders in international commercial arbitration play a very major role in the success of seeing arbitral disputes through. The popularity of these independent institutions has continued to grow over the years; the fortunate thing is that the civil law system protects them. As long as a third-party funder does not break any law or breach an arbitral clause, then they can fully fund any party of their choice under civil law without any consequence.

However, if the case does not go as planned, the third-party funder does not have the backing of the law to seek compensation.

The role of civil law in International commercial arbitration has continued to grow in popularity, and it is obvious why this trend is so. The civil law system’s reverence for independent arbitration clauses is good. This means that investors can expect to get fair proceedings and judgment under civil law.

Rättsakuten is one of the best firms with expert arbitrators that have unrivaled experience in drafting favorable contracts that give their clients the edge. You can reach the company for all your inquiries and professional counsel.